Why Your Networking Sucks and How to Fix It

The way most wedding vendors try to network and build referrals relationships is DEAD WRONG.

There is nothing inherently wrong with any of these things; they just aren’t effective.  I can’t tell you how many times we’ve just been introduced to another wedding pro for the first time and they say, “Hey, if you know anyone who’s getting married, please recommend me.”

They get points for putting themselves out there and asking, but that’s about it.  I just met you.  I barely know you and I’m going to trust you with the referrals of my clients?

Those cards, unfortunately, go right into the trash can.

If you want to get referred by the wedding businesses who have the warmest, most high-quality leads to give, you must earn their referrals by winning their trust and friendship first.

Let’s compare creating a referral partnership to getting hitched to the girl or guy of your dreams.

What would happen if you approached the next beautiful girl/guy you meet and said, “Gee, you’re gorgeous!  I’d really like to get married.  What do you think about September 21st for our big day?”

Do you think that would land you a life partner?

Asking perfect strangers to refer you is equally ineffective, though it certainly carries a lesser degree of risk.  You might get a referral or two out of someone who doesn’t have much to lose, but you’re certainly not going to land the big fish that sends thousands of dollars worth of weddings to your door.

For that, you need to do something for them first, without asking for anything in return.  For photographers, it makes sense to use one of your biggest assets: your photos.

Lara White of Photo Mint has built her photography business on the referrals of other vendors, and she shared her strategies to do this in her 6 Figure Wedding Photographer Summit presentation.

But not everyone agrees.  This comes from a comment on Lara’s presentation.

Tell me if I create $1,000 worth of head shots for a DJ is that DJ gonna reciprocate by giving me a free DJ session for a party I am putting together? Hell NO. Is a venue gonna let me have a free party at their place is I give them a free $2,000 sample wedding album? Hell NO…

Anyone that suggest a photographer give out free images is a goof ball.”

You can certainly choose NOT to give away your photos.  You can charge for your images, as is your right, and make a few hundred dollars here or there.
Hell, as a wedding pro myself, I’ve happily paid photographer friends for their work.

However, those photographers who have freely given us photos to use on our blogs, or who’ve done our headshots for nothing…even when we offered to pay them…they are the ones who get bumped to the top of our referral list.
Let’s weigh the options, shall we?

$300 earned from headshot photos
vs.
$3,000 earned in referred weddings (and that’s not even counting the referrals you’ll get next year and the next.)

The Costs and Rewards of Networking

Of course, there are those who prefer the “bird in the hand” instead of the “two in the bush.”  The $300 is a sure thing, while the $3,000 only materializes if the wedding pro actually reciprocates by sending you those referrals.

You can play it safe if you want, but that’s a risk I will happily take any day.

Why?  Because of a little thing called the Principle of Reciprocity: when someone does something nice for us, without asking for anything in return, we feel unconscious pressure to return the favor.

Those wedding pros you hook up are going to feel like they HAVE to hook you up in return.  Sooner or later, usually sooner because the pressure to reciprocate can be quite intense, they will.

Not everyone you “pay it forward” with is going to reciprocate, but the reward of feeling good by helping others is enough for me.

Paying it forward we get has directly led to over $100,000 of income easily (probably way more than that!) in booked weddings, partnership opportunities and doors that never would have opened any other way.

Paying It Forward With Competitors

Just in case you still aren’t convinced, let me give you an example from the wedding entertainment perspective.

Jeff and I attended a local networking event and were introduced to a young DJ who’d just moved to the area.  He was a full-time teacher, obviously bright and eager to build his business.

Instead of giving him the cold shoulder, we chatted him up and recommended a few resources.  He sent us a very nice thank you, and we helped him some more.  And some more.  We encouraged him to quit his day job and go full-time as a DJ. We sent him referrals.  We even introduced him to our accountant!
There was no clear reason WHY we should have done that, other than the fact that it felt good.  But we also have an absolutely unshakable belief that when you help others it returns to you in one form or another.

Now this new DJ obviously didn’t have any referrals to send us, so the payback took a little while.

One day we found our music database was corrupted, the entire thing.  Our primary database and our backup.  Right before a big wedding weekend.
We were screwed.

What did we do?  We called up our new DJ friend and he raced over to loan us his music for the weekend.  He saved our necks.

Was that worth the investment?

Or you can pay it forward and reap the real rewards over time.

Stephanie is a Hudson Valley wedding insider, blogger, writer, and wedding business coach. Want to book more weddings at higher prices? Quit dealing with price shoppers? Transform your wedding business so that it supports the life you really want? Look her up! They don't call her the Wedding Business Cheerleader for nothing. :)

View all posts by Stephanie Padovani → 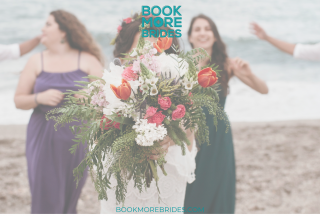 How To Get More Referrals For Your Wedding Business

3 Things You Can Do RIGHT NOW To Reach Couples Who Need You! 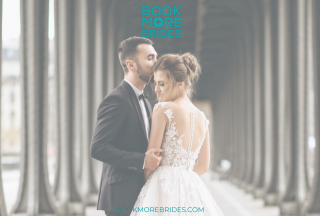 Hi!  We are Nick and Kate Storey, a husband-wife power business duo.