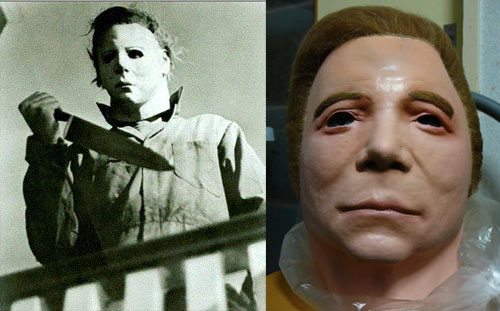 I love October. It’s the official month for horror and monster movies.  If you know me, I have a sweet tooth for the macabre.

A few weeks ago I watched a documentary about the making of one of my all-time favorite horror flicks, John Carpenter’s Halloween.  In case you haven’t seen it (shame on you!) it’s a 70’s slasher flick about a psychopathic killer who’s escaped from the loony bin in search of a teen body count.

Carpenter had a budget of $325,000 for the movie and no promotional backing, so he spent all his money on the best equipment and good processing.

When the movie was done, he realized that he’d made a horrible mistake.  There was no money left for advertising and he didn’t have a company behind him to promote it.  Who was going to see his movie?  No one, because they’d never hear about it.

The movie was barely noticed on opening day.  John Carpenter wrote Halloween off as a really nice addition to his resume that might hopefully land him a better gig down the road.

Fortunately, a couple of movie critics, including Roger Ebert, saw the movie and wrote reviews about this game changing horror film.  Carpenter had no idea it was even getting played in theaters!

A cult following spread like wildfire and it went on to become one of the highest grossing independent films of all time.

No Money, No Marketing, No Moolah

What does this have to do with your wedding business?

I can’t tell you how many times I hear wedding pros say, “I have no money for marketing.”  They pour all of their money into the best camera equipment, speakers, lights, a beautiful office and professional certifications.

High quality materials and training are important to deliver quality service, but simply being the best won’t get you leads or add money to your bank account if no one knows who you are.

John Carpenter neglected his marketing, and his movie almost disappeared into the unknown archives; one of the most influential horror flicks of all time almost never found its public.

John Carpenter got lucky.  Sure, you might get lucky with your wedding business and have an unknown party decide to promote you and stir up a ravenous fan base, but it’s not likely.

You can make your own luck by investing time and money into marketing your business.

Don’t have any money?  Invest your time in low cost and free marketing.  It will put you ahead of 90% of the pack.