Have you seen the viral video Caine’s Arcade? If you haven’t, It’s definitely worth 10 minutes of your time. I was quite moved by this video; I’m a sucker for small children and furry creatures.

So, what about this video made me want to share it here on Book More Brides? It’s a great example of a myth many wedding vendors buy into.

The Field of Dreams Myth

Ever watch the movie, Field of Dreams? That’s what this myth is named after

Here’s the jist. Kevin Costner’s character lives in a small house on a cornfield. He is obsessed with baseball and hears whispers in his head telling him,“If you build it, they will come.” Finally, he decides to build a baseball field in his cornfield, and the ghosts of baseball legends congregate and the Field of Dreams is a huge success.

A lot of wedding professionals think that putting in the hard work of developing your skills and creating your business is enough to succeed. Not quite!

Caine had a great idea combined with great follow through. He built it, he was there every weekend, he was awesomely cute..hell, he even had his own staff t-shirt! So what was missing?

CUSTOMERS. No one knew he existed. He built it and they didn’t come.

I see a lot of that going on these days. Sorry to say that no one is coming to make a short film about you that will go viral and solve all your business woes.

“But I have a fan page on Facebook and a Twitter and look at my groovy brochures!”

Are you actually using them to connect with your potential customers or are you buying into the “If you build it they will come,” myth?

All of the stuff you do for your business won’t accomplish squat unless you get out there and market it.

Caine got lucky that his story inspired a film maker who also happened to “get” how to use social media to spread the word. Potential customers received the message and responded…Eureka, success!

“If you build it and market it strategically, then they might come.” There, that’s better.

What did you learn from Caine’s inspiring story? 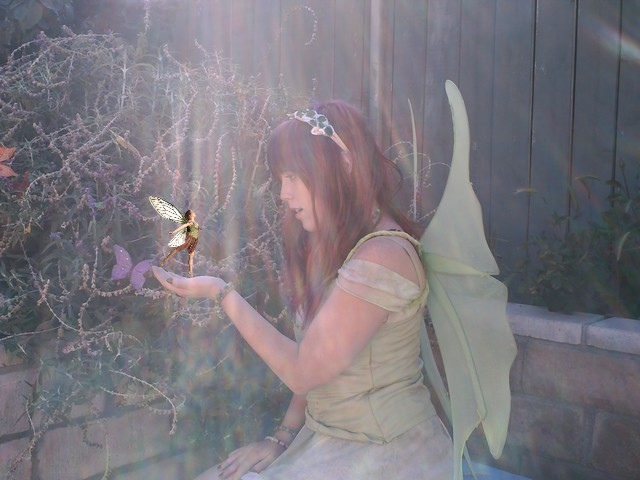