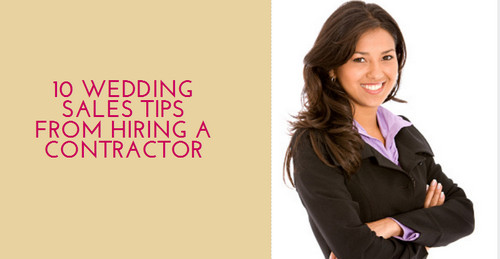 My husband and I have spent the better part of this year searching for a contractor to replace our siding. Not only has our contractor search taught a lot about exterior building materials, but it’s been a great reminder of how couples think and feel when planning their wedding.

First of all, we dutifully set our budget. We had no idea what it would cost, so we pulled a number out of thin air, based on nothing more than what we were willing to spend.

Lesson #1 – Most couples have unrealistic budgets because they have no idea what a wedding costs.

Next, we began the search. Not once did we get on the internet to search for a contractor.

We asked for recommendations from real estate agents and friends. After all, we’re talking thousands of dollars, so we can’t afford to take chances.

Lesson #2 – Word of mouth is the #1 way couples find their wedding professionals.

Four contractors came to look at the house. We eliminated one on the spot, because it was apparent he was in over his head.  (He must have felt the same way, because we never heard from him again.)

Two of them sent proposals, but neither one included everything we discussed. We had to practically shake them down to get revisions on their proposals.

Lesson #3 – Listen to prospective clients and be proactive in your follow up. You won’t get business if you don’t act like you want it.

The fourth and final contractor was the charm. On the first meeting he brought a branded folder with copies of his business license, insurance coverage and references. He told me when the proposal would be done and that he’d like to come back and present the proposal to both of us.

We knew he’d be significantly more expensive than the other two, but we also knew before he left that we wanted him to do the work.

Lesson #4 – Couples are willing to pay more for peace of mind.

When he arrived to present the proposal, he brought samples of different types and colors of siding and trim in different price ranges. Many of our concerns and worries were put to rest when we were able to visualize how beautiful our new exterior would be.

We also quickly discounted budget options once we saw them side by side with higher end options.

Lesson #5 – When couples can see and touch their wedding elements, they’ll be more invested in your proposal.

He went through the proposal line by line and we were able to see the cost of each feature we wanted. It was no surprise when we turned to the final page and saw that the total price was 50% higher than the other contractors.

But here’s the deal.  The latest products in gorgeous colors were in front of us as he described in detail how he would replace our dated  porch posts with updated columns, plus cover our plain porch ceiling with tongue and groove siding.

O.M.G. Do you think there’s any way we wouldn’t go with this guy?

Lesson #6 – When couples can visualize their wedding, they’re more likely to pay whatever it takes.

Even though it only took us about 10 minutes to decide to go with him, we let two weeks go by without calling him.

At first we didn’t want to seem too eager.  Then we were busy.  And, quite frankly, it was hard to make a commitment involving so much money.

Eventually he called us and it was the nudge we needed to commit.

Lesson #7 – Follow up with couples when you don’t hear from them. Just because they don’t call you, doesn’t mean they aren’t interested.

We told him we wanted to work with him, but that he was $6K over our budget. (He was actually only $5K over.)

Lesson #8 – Couples rarely tell you their real budget. They tell you what they want to spend, and hope you’ll make it happen.

We asked him how we could stay within our budget without sacrificing quality. He made suggestions for cuts which took off $4K.

Lesson #9 – Include extra line items in your proposals which can be negotiated out without affecting the quality of your overall service.

The final proposal was still a little over budget, but our house is a long term investment and we want to make sure it’s done right.

We’ll eventually pay close to the first proposal, because the proposed cuts involve the porch posts and ceiling and I’m not giving that up!

Lesson #10 – Couples who really want what you have to offer will pay your price. 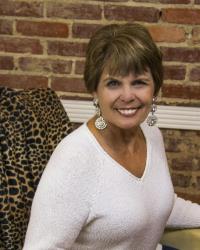 Sonya Scott, Master Wedding Planner, helps overwhelmed wedding planners streamline their tasks and manage their workload. Through her blog posts and online trainings, she shares practical tips for making your business flow as smoothly as the weddings you plan. Get ready to rock your wedding business at SonyaScottMWP.com and Facebook.com/SonyaScottMWP.