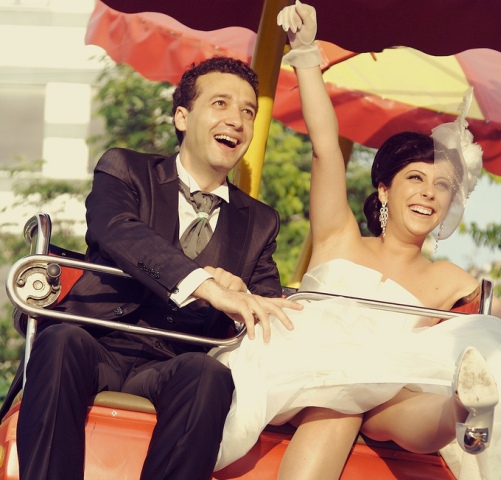 Where are you stuck?

A few weeks I “met” a woman online who had a dream of starting up a blog. Her fear was that she doesn’t know how to do it, that no one would listen to her, that she wouldn’t be any good at it…you know those voices that tell us why we can’t or shouldn’t.

I invited her to email me, since I’ve been blogging since 2004 for our multiple businesses, hopefully to inspire her and offer some advice.

No sooner was the introduction made that I had a looooooong email in my inbox. She explained her vision for the blog and how it would blend with her business.

I emailed back my encouragement, shared my experience, and even gave her five steps she could take right now to get started. Based on her initial enthusiastic email, I expected a quick response.

What happened to this woman who was so excited to meet someone who could share her dream and support her on the way? She disappeared.

Then I realized where I went wrong.

I gave her a list of actions that to me were so simple. I’ve been blogging for years and can set up a blog in literally five minutes. But for her, that actions I’d suggested were absolutely overwhelming, so overwhelming that she couldn’t even respond.

There’s a tricky little part of our brain called the amygdala. It’s job is to react to our environment to prevent us from potential harm. It’s responsible for that fight, flight or freeze response in the face of danger, and it’s totally unconscious.

Over the years, the amygdala remembers everything you’ve felt, saw and heard each time you had a painful experience. Even the slightest hint of that experience translates as a flashing Danger sign, triggering a fight, flight or freeze reaction.

Here’s the problem: when we want something, I mean REALLY want something with our whole heart, the actions we’ll need to take to make it happen can be so traumatic that it triggers that amygdala response. We freeze, we run, or we start attacking everything in sight.

That’s what happened with this woman. She got so freaked out by my suggested actions that she froze. Her brain unconsciously registered, “Danger, Will Robinson!” and she ended the communication.

So if our amygdala gets triggered by what we want, how can we ever hope to accomplish anything? We can’t exactly get much done when we’re frozen like a block of ice or running the opposite direction.

Kaizen is a Japanese philosophy for making small, incremental improvements. It works by building momentum with actions so ridiculously small that they completely bypass that amygdala “danger” response.

For example, if the big item on your To Do List is cleaning your office, and every time you look at the heap of unread magazines, client files and paperwork you just want to RUN, you wouldn’t take an action like “Clean Office” or even “Clean Desk.” That’s way too overwhelming.

Using the philosophy of kaizen, you’d start with a ridiculously small task, like picking up a paper clip off your desk.

Or if your goal is to run a marathon, you might start by taking a brisk walk around the block.

These actions are so tiny that they completely fly under the amygdala’s radar. You start moving towards that big, scary goal without kicking in that danger response. As a result, you actually end up getting something done.

When you’re not moving, you’re stuck. The only way to get unstuck is to get moving, but those Obstacles in your way that trigger that amygdala response keep you stuck in place.

You need to psyche out your amygdala by taking an action so small that it doesn’t register as a threat. Picking up a paper clip is easy. A walk around the block, a piece of cake.

Before you know it, you’ve started to build up a little something called MOMENTUM. That’s movement. And as our friend Newton said…
An object in motion stays in motion, while an object at rest…well, it stays glued to the couch noshing on potato chips.

Getting What You Want

So the key to getting what you want is taking ONE very small, harmless action. Right now. Today.

What’s a ridiculously small action that will take you one millimeter closer to doing it? Something really, really easy.

Whatever it is, do it today. Tomorrow, pick another teeny, tiny action. Then another and another, building momentum until you arrive at your destination.

You know what to do. Now go do it and show the world what you’ve got.

What’s YOUR ridiculously small action? It might even be leaving a comment below about what you’re going to do next… 🙂