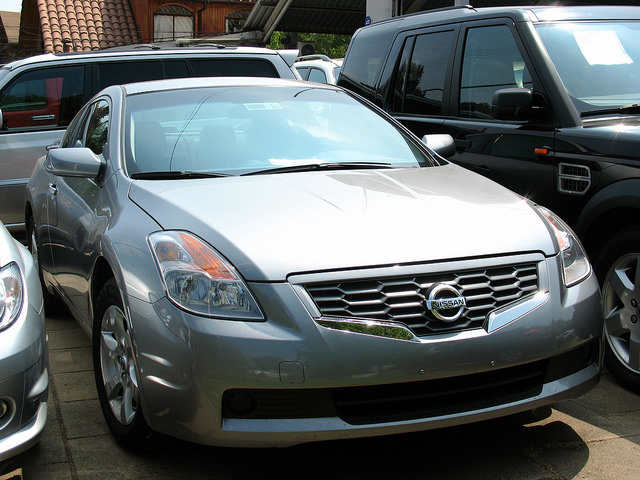 One of my biggest obsessions was owning a black Nissan Altima.

Go ahead and laugh.  It’s not the most glamorous car, now or then.  The funny thing was, I didn’t even LIKE cars or even driving for that matter.

Fast forward a few years later after Jeff and I started dating, and I decided to buy a car to replace my rusty, broken down Ford Escort.  I went to local used car dealers (ahem…pre-owned vehicle procurers) and was at a loss.

Until Jeff, who happened to drive a Nissan Sentra at the time, said, “Why don’t we stop at Nissan?”

Would you believe there was a two year old black Nissan Altima sitting in the lot?

As soon as I saw it, I knew it was mine.

It was more than I’d planned to spend and by far the biggest purchase I’d ever made.  The magnificent beast was a STANDARD transmission which I didn’t even know how to drive!  But nothing could keep me from my black Nissan Altima.

So what crazy voodoo was going on here that would make me buy a car I couldn’t even drive off the lot?

My brain was programmed to get the car I wanted.

I’d told myself literally thousands of times that I already owned that car.  By the time I started hunting for a car years later, I’d almost forgotten about my obsession.  But my brain hadn’t forgotten.

As soon as I saw that black Nissan Altima, my programming kicked in and the rest is history.

What does this have to do with you and your wedding business?

You can program your brain to get what YOU want.

It’s not hard to do.  In fact, you program your brain to create a certain outcome all the time; you just don’t do it consciously.

It all starts with knowing what you want and being really, really SPECIFIC about it.

What do you think about goals?