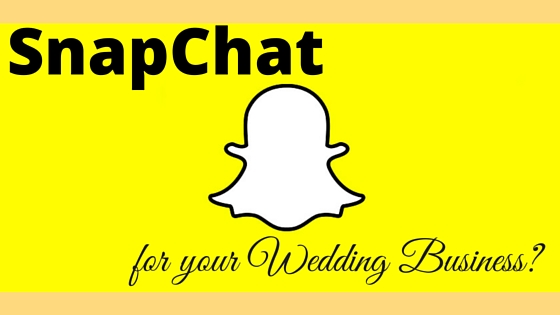 Snapchat. By now, you may have heard of this massively popular social media app. What began as a clever class project at Stanford University is now a cultural phenomenon as millions of users share images and short videos on a daily basis as a way to connect with friends and family with the press of a button.

So here’s how it works.

The prime gimmick behind Snapchat’s Snaps is the fact that once they are viewed, they disappear after a    sender-defined amount of seconds. This makes for an incredibly rapid exchange of content. It was even recorded in July 2015 that users were sending approximately 8.796 photos per second!

The content exchanged on Snapchat varies from hilarious selfies to pictures of pets as well as more…romantic imagery. (Yes, it happens. Snapchat did to sexting what the printing press did to news media.)

How does this relate to your wedding business?

This is where Snapchat’s relatively new feature, the Story, comes into play. When a user creates a Snap, they can opt to send it to their Story, which serves as a 24 hour cycle of their Snaps.

By sending photos and videos to one’s Story, the user can create a montage of their day to share with any of their Snapchat friends throughout that 24 hour cycle. This is where wedding professionals like you can really connect with brides and grooms on Snapchat. 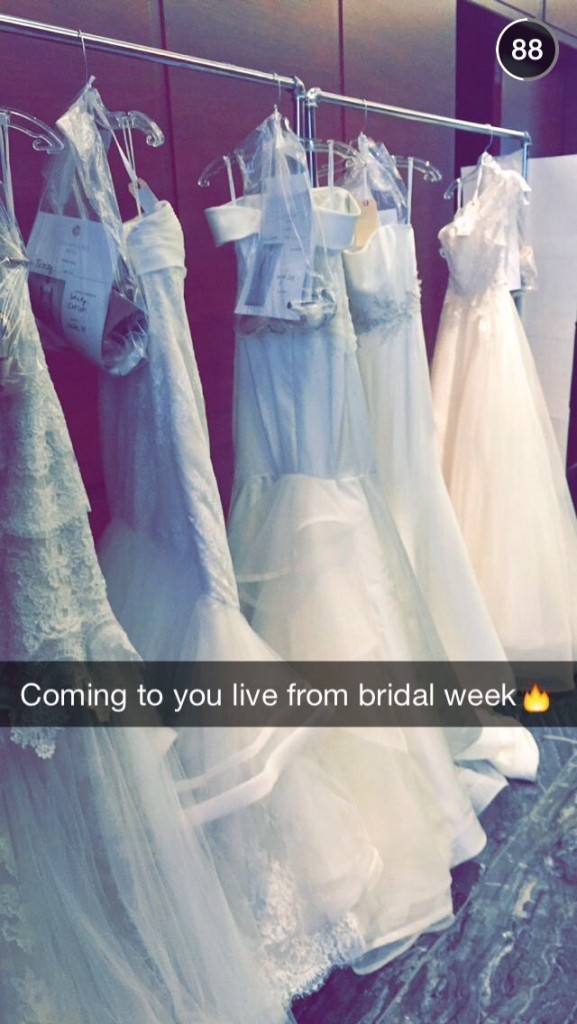 Think about it. Weddings are emotionally charged and aesthetically stunning events. Through Snapchat’s Story feature, you can really show your stuff and connect to your couples through a montage of your daily work.

Photographers can offer a behind the scenes look at their process, caterers can show off their epicurean creations as they make them and DJ’s can share the most energetic moments of a party from their unique perspective behind the booth.

Snapchat’s Story allows you to engage your couples with a personal touch and allows you to offer a firsthand display of your product in action.

Snapchat’s user base grows every day as it becomes a fundamental aspect of millennial social interaction. Facebook even offered 3 billion dollars in an attempt to acquire the new social media craze. The developers rejected the offer, intending to develop Snapchat into the next social media giant. For now, Snapchat is here to stay.

It is now your turn to capitalize on this app and engage your customers on a fun and personal level.
(Get Snapchat here and start sharing.)

What do you think about Snapchat?