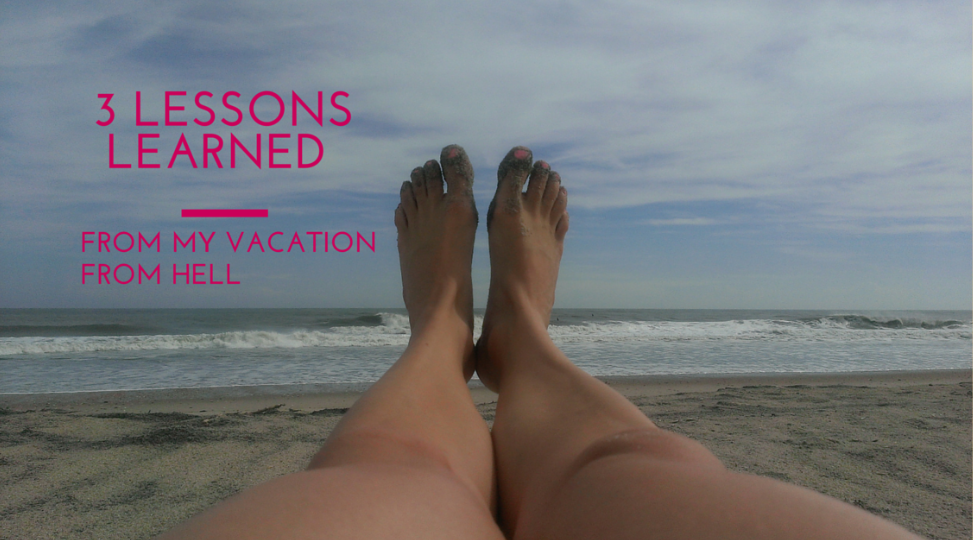 It was the worst vacation of my life. We’d rented a beachfront cottage on Long Beach Island with my step-sons and my brother for the week.

And it rained. All. Week. Long.

Not just a drizzle either. We’re talking torrential downpour without a hint of sun.

But it gets worse. I always used to joke, “I don’t take a break unless I’m sick or lying on the beach.” It was an attempt to laugh about my workaholic-ism.

So what happens when I have time off at the beach with no work to do and no possibility of lying on the beach?

I get sick! I come down with the worst cold/flu ever.

It was beyond miserable. I’m lying in bed, coughing and sniffling, trying to sleep through the sounds of the boys playing Wii in the next room and watching the movie 300. “Sparta! Sparta!”

So what does this have to do with your wedding business?

The Power of What You Believe

Your beliefs have a powerful impact. They affect your attitude, your business results, the clients you attract.

Your beliefs create your reality by the meaning you give to things.

The ugly part of realizing this is that it means that your disempowering beliefs will limit your success and happiness.

The amazing part of that is that it’s also something YOU can control.

Here’s what I’ve learned from my miserable beach experience.

Notice your negative self-talk. “I suck at writing” or the “I’m not good enough to do those weddings” babble.

Listen when you’re complaining and whining about why it’s so hard and how unfair it is that someone else has it easier. (Or is it just me who does that?)

Notice it and then STOP.

Quit saying these things because your words have power. You are literally creating your experience of reality with them.

It’s hard enough to cut out the negative self-talk we do out loud. Take it a step further.

When you catch yourself thinking these things, stop.

Notice the thought without judging yourself for it (that just leads to more negative self-talk) and rephrase the thought into a positive.

“I never win anything” becomes “I am a winner at life.”

What beliefs do you have that are holding you back? Where are you creating your own miserable sick day at the beach?

Notice the belief. Name it. Then ask:

Listen for the answer and use it to consciously formulate a new belief. Say it out loud until you believe it with your whole heart.

Here’s an example from my own life. For a long time, I had a belief that something has to be hard to be worthwhile. As a result, I’ve had a hobby of making things much more difficult than they need to be just to prove myself.

Old Belief: Work needs to be hard, or it’s not worthwhile.

Practice your new belief until it’s the automatic thought that replaces the old negativity.

Make Up Your Reality

Let’s get real about being a human being for a second. The truth is…

We really have NO IDEA what most things mean.

We’re making assumptions all the time about why people do things and what it means. My best friend forgets to call — She must be mad at me. I lost the booking — The couple thinks I’m too expensive.

Since you’re making it up anyway, why not choose a belief that works for you?

You create your reality, and so do I. Why not make it one you’re excited to live in?

What beliefs (positive and negative) do you have? Leave a comment and tell me about it!