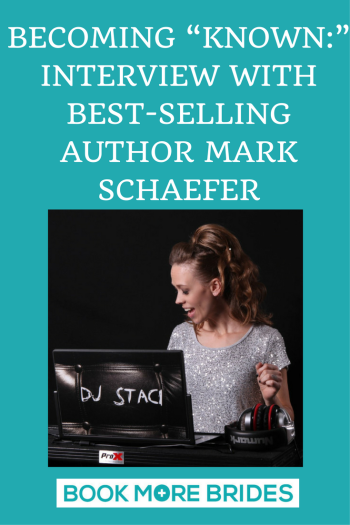 I had the opportunity to hang out with New York Times best-selling author Mark Schaefer over drinks in the hotel lobby bar after Social Media Marketing World last month.

I had attended his lecture based on his book “KNOWN” and had a few brain busters for him. But first let me explain what “known” refers to.

You have probably heard the term “thought leader.” It’s one of today’s buzz words.

A thought leader is known (vs. famous) by having a presence, a reputation, and some authority in a certain community.

For example in the bridal shop owners community, Jon Saltzman, president and founder of Better Bridal Group, is “known,” whereas Randy Fenoli from the TV show “Say Yes to the Dress” is famous.

I asked Mark, “Does being ‘known’ always translate into more profit and a better business…or are there instances in which this is not necessarily true (assuming one becomes ‘known’ vs. ‘notorious,’ of course)?”

He said, “Becoming known should start with a goal. It’s the very first thing I address in the new book. What do you want to be known for, and why? ‘Purpose’ plays a big role in sustaining a personal brand and that purpose is not always money. For some, it is to raise awareness for a view or a cause, for others it might be a time to help and mentor others. Money is just one possible goal.”

Although you do run into those wedding pros who say, “I’m just doing this because I love weddings,” most of us have no problem saying that our goal is to increase revenue.

I also asked Mark if he had any tips on how to make a blog post about, say, a real wedding (something pretty much EVERYONE in our community does) stand out.

He said, “I often tell people to write a post that ONLY they could write. There is only one you. When you add your own story and perspective, by definition you will stand out!”

I know this is true for my most popular blog post “34 Gringo-Friendly Spanish Dance Songs for an Intercultural Mexican Wedding.” After living in Mexico for 8 years, I knew I had more street cred on this topic than most Millennial Mexicans living in the US.

It was hard not to swoon while hanging out with Mark, so I did ask, “For someone who wanted to dive deeper into your philosophy, which of your books would you recommend they read first?”

He suggested “Social Media Explained,” “KNOWN,” “Tao of Twitter,” and “Born to Blog.”

“The first two are important, but I also think Twitter plays a role too because there are so many opportunities to make new connections there. Twitter is networking on steroids, and there are so many ways to build a targeted, relevant, and engaged audience there. For many, Twitter is part of the fabric of their lives. It is also an excellent way to distribute content.”

So brides might not be tweeting much, but Twitter is still one of the best social media tools for network and promotion.

I also explained to Mark that most wedding pros earn around just $25,000/year, despite being generally talented, hard-working, and invested in some expensive equipment. I wondered if he had any tips or advice for breaking through and becoming one of the lucky few who brings in six figures?

He continued, “If you are ‘known’ and your competitors aren’t, you have a permanent, sustainable advantage. Those with a strong personal brand get the business, the open doors, and the higher rates. It takes time, but it’s doable. My new book provides a four-step path people follow to become known and with a little bit of planning and consistent effort, it works!”

Have you read any of Mark Schaefer’s books? Loved ’em? Hated ’em? Let us know below!

View all posts by Staci Nichols → 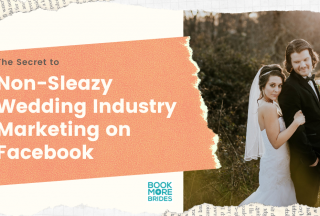 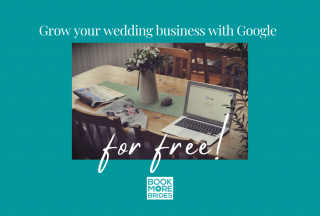