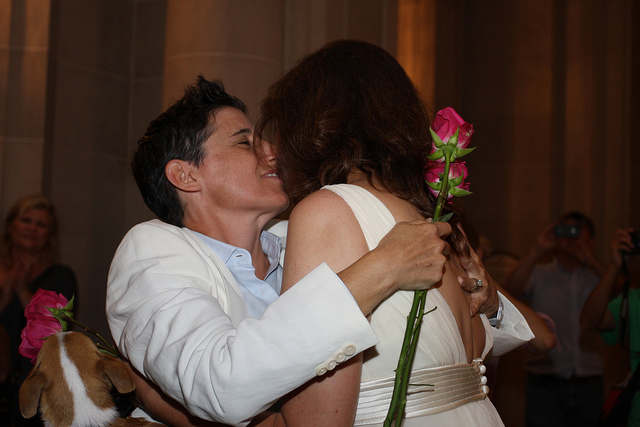 As a wedding professional, you know that some straight couples want conventional weddings and others want to mix it up. Same-sex couples are no different — there are those who want to follow traditions and those who want to make their own.

Remember this when you meet with prospective clients who are either two brides or two grooms, and don’t ask them any of the following questions!

Whether you are talking to two men or two women, don’t assume that one will act as the bride and the other as the groom.

Men in same-sex weddings often both wear suits, while women choose either to both wear suits, both wear dresses, or wear one of each. Even if one of two women plans to wear a suit, it does not make her “the groom.”

Play it safe and ask what terminology each partner in the couple is comfortable with, and be sure to use it.

2. Who is going to walk down the aisle first?

This is a tough subject for same-sex couples — especially two-bride couples. Even if both brides have supportive parents, it may feel awkward to have one bride walk down the aisle first and stand at the altar waiting for the other as if she were the groom.

For this reason, many brides choose to walk down the aisle together, or walk simultaneously down either side of their seated guests and meet at the altar.

Find out the questions you should be asking here, and then propose multiple options to your prospective clients.

3. Who will take whose name?

Traditionally the bride takes the groom’s name, although this custom is not always followed anymore. Many couples choose to hyphenate their names, or mash the two together. Sometimes the groom even takes the bride’s name!

For same-sex couples the choice is more difficult because tradition does not dictate who takes whose name. One partner may have unsupportive parents and consequently does not want to keep his name.

If your wedding business necessitates knowing the answer, ask the question, but phrase it open-endedly. Some couples ditch both names and create a totally new one for themselves!

Formulate your question carefully, because 30% of same-sex couples have no attendants at all. This may be because the couple has lost friends along their journey, or because they are having a small wedding and would prefer to have all of their guests seated.

5. Will you be decorating with rainbows and pink triangles?

While rainbows and pink triangles are symbols of the LGBT community, they are not necessarily every same-sex couple’s style.

The rainbow flag was first used by the gay community in the 1978 San Francisco Gay and Lesbian Freedom Day Parade. Inverted pink triangles date back to Nazi Germany, where they were used to designate homosexuals in concentration camps.

Although these symbols are meaningful to members of the LGBT community, they don’t necessarily belong at a wedding. Ask the couple general questions about their tastes and style, not specifically whether they want traditional gay symbols displayed.

What same-sex marriage means for your business

As of publication, almost 400,000 legal gay marriages have taken place in the states where it is legal, with many more slated to occur. In June of 2015 the Supreme Court issued a ruling on same-sex marriage finding same-sex marriage bans unconstitutional.

With more than 1 million unmarried same-sex couples living together in the United States, your wedding business is sure to see significant growth!

Learn more about the issues here so your business doesn’t suffer.

What are other “bad” questions to ask same sex couples? 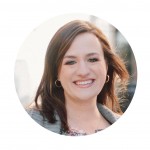 Megan Miranda is a Portland, Oregon-based blogger, writer and business owner. When she’s not writing, you’ll find her baking bread and planning her own wedding.