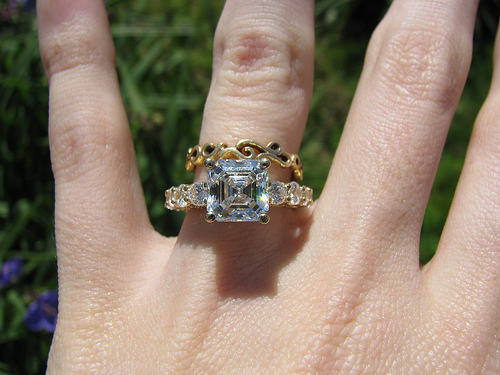 Large rings seem to be the rage in Hollywood, and everyone loves to hear how many carats an engagement or wedding ring is. However most couples who have opted for the huge rings often regret it. I mean honestly how many people really want to deal with the ramifications of wearing a ring that costs as much as a car, or even a good sound system?

Kim Fusaro explains how on top of that large rings can be dangerous for people around them, as well as create havoc in whatever the bride-to-be is attempting to do. In general couples are going to opt for smaller rings and will find themselves much happier with the ring long term rather than returning it after a few days or selling it off in frustration.